CPAS (v0.4.0 onwards) uses a mesh generation algorithm which determines the mesh refinement according to user specified domains and target resolutions no matter what shapes and how large variations of resolution they can be. Meanwhile, the generated mesh is fully well-staggered and does not cause problems in real simulation.

Old mesh generation algorithms like Lloyd algorithm cannot handle steep resolution transition well, and obtuse triangles are often uncontrollably generated in Delaunay triangularization, a well-known issue in MPAS-A’s mesh generation for years. With obtuse triangles in the dual mesh, the relevant part in the Voronoi primal mesh are called poorly-staggered or off-centered. It is well-known that these poorly-staggered parts generate error in dynamic core of MPAS.

Our mesh generation algorithm generates mesh that satisfies the assumptions in MPAS’ seminal papers* - each dual (Delaunay triangulation) edge crosses exactly one primal (Voronoi diagram) edge - which is equivalent to the no obtuse Delaunay triangle condition.

You can simply use CPAS’ interface to edit, preview and order. 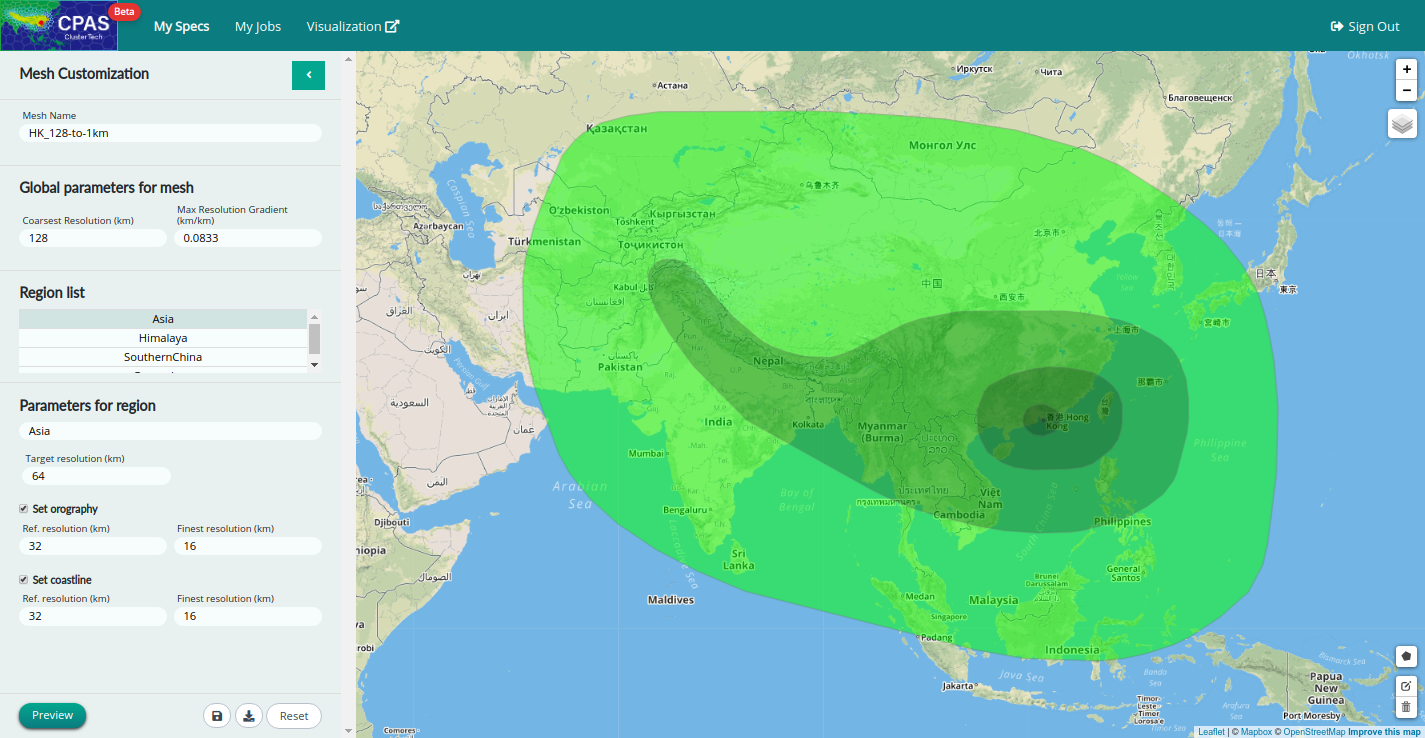 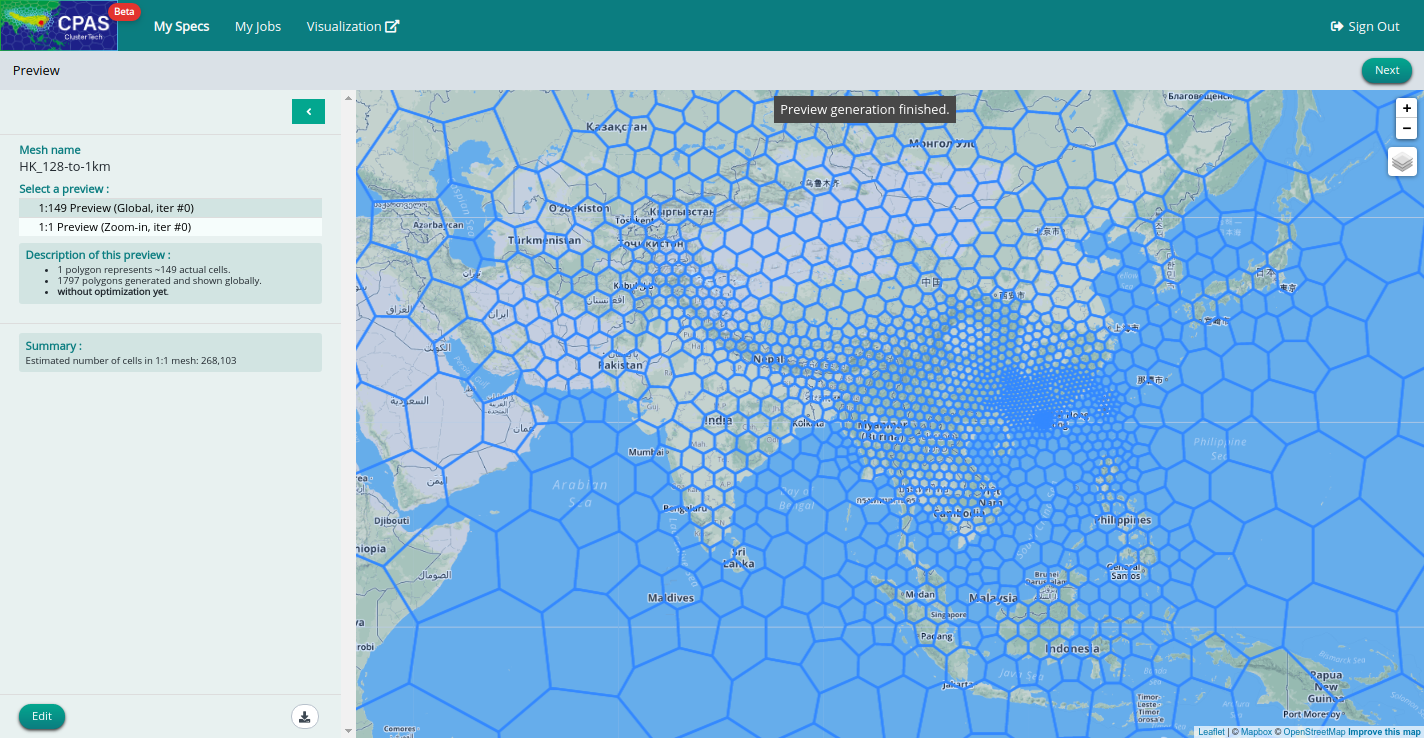 A Mesh Generation Report will be presented following mesh generation to show resulting quality and conformance:

Instead of using a constant global timestep, CPAS incorporates an optional hierarchical time-stepping (HTS) treatment in the MPAS-A (v6.3) dynamic core. After a mesh is generated, CPAS automatically assigns different time steps to cells of different size ranges. The Courant–Friedrichs–Lewy (CFL) condition is used to ensure numerical stability. For each level, the time step length is doubled almost halving the required computation. The assignment is shown in the mesh generation report: 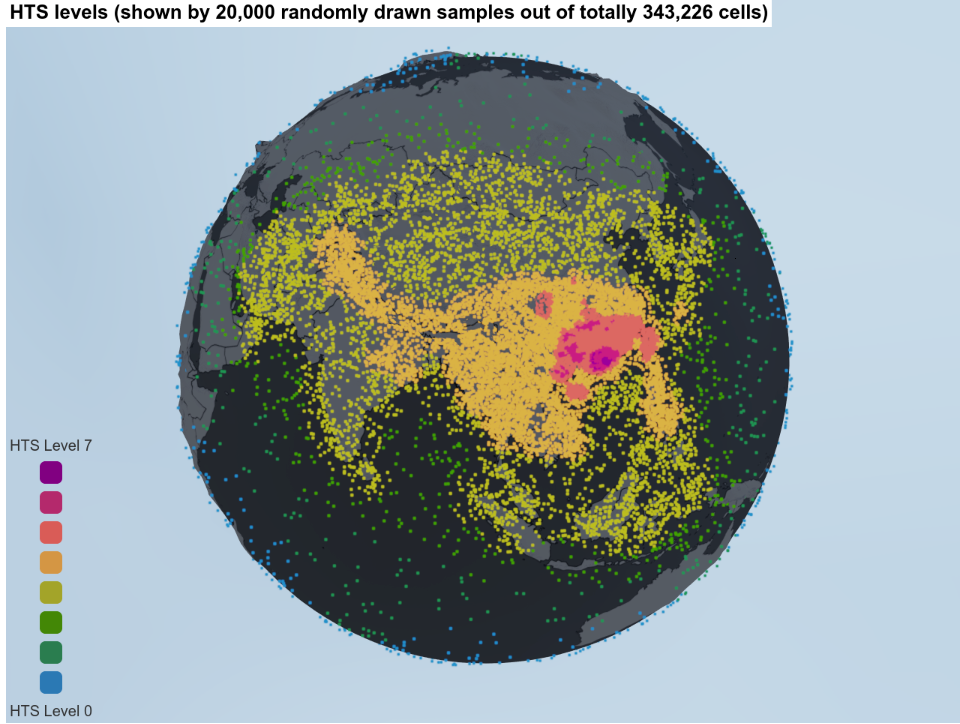 Computation cost is greatly reduced for meshes with large resolution variability. The savings are determined by the distribution of the number of cells in the ranges of resolutions, as illustrated in the table above.

CPAS is also parallelized in a near-optimal manner to minimize execution time.